Rs 72L in new notes seized, exchange foiled in Dadar
Call it a contradiction in currency . At a time when millions of people are queuing up, futilely , at banks and ATMs to withdraw their severely limited quota of money--a few moneybags are popping up across the country with lakhs and crores in hard new banknotes.

On Friday afternoon, acting on a tip-off about a cash exchange, police detained a gro up of seven people near Five Gardens in Dadar. They were found to be in possession of Rs 85 lakh, which included Rs 72 lakh in new Rs 2,000 notes.

On Thursday , Rs 10 crore of a massive Rs 106-crore seizure in Chennai and Vellore was found to be in new Rs 2,000 notes. So was almost Rs 5 crore in a haul in Bengaluru a week ago.

Friday's seizure, the first such in the city , came after a team led by inspector Ajay Sawant of crime branch unit 5 laid a trap around 12.30pm on learning about an illegal currency exchange at the Five Gardens signal on Dr Babasaheb Ambedkar Road. The team detained seven persons --in two groups of four and three--including Hitesh Shah, who is believed to be a bullion trader from Zaveri Bazaar--in the group that had brought the Rs 85 lakh.

The cops had information that the other group wou ld have Rs 1crore in old notes, and an exchange was to take place for a 15% cut. But they could not trace the old notes worth a crore.

Police suspect the involvement of some bank officials in issuing so many new notes to the bullion trader. Shah had arrived in a grey Innova and the cops found the stash in the car. Besides Rs 72 lakh in new Rs 2,000 notes, the remaining Rs 13 lakh was in Rs 100 notes.

Police alerted the income tax department, which has taken over the probe, said a senior crime branch official.Sources said since the old notes have not been recovered, it might prove difficult for the authorities to establish their case of an illegal exchange.

I-T officials said the bullion trader will have to explain how they managed to get such a huge cash stash in new notes. “We will dig deep to find the source of the cash,“ said an official, indicating the trail may lead to bank officials.

In Uttar Pradesh Town, Only One ATM In 53 Is Working

Mirzapur, Uttar Pradesh:  The cash crunch in the aftermath of the government's ban on Rs 500 and Rs 1,000 notes is bad enough in metros with block-long queues. But how bad is it in the small towns of India? Deep in eastern Uttar Pradesh, in Vindhyachal and Mirzapur, NDTV did a reality check. And the results were staggering.

The journey started at 9 am, outside the ICICI bank ATM in the temple town of Vindhyachal.

Rohit Singh, a 22-year-old pilgrim, said he had already tried three ATM cards. None worked. The ATM is out of cash.

The locals say it's hasn't worked for over a week now. "I have just a little cash and no one in this town seems to use any swipe machines," he said, heading off to another ATM to check.

He may as well have not scouted. Of the seven ATMs in Vindhyachal, not one was working this morning.

In adjoining Mirzapur, a carpet manufacturing hub alongwith neighbouring Bhadohi, the trend continued. Along the major intersections of the town, all ATMs had either their shutters down or were open but not working.

Finally, after visiting 32 ATMs, we reached the Indian bank ATM at the Arkanya road, a commercial hub. Here, the only ATM we found working in the city so far, a crowd of hundreds awaited their turn. For an individual at the end of the queue, the wait was well over 2 hours.

"This is the only ATM that's working. Even this has seen money after two or three days. Tell me, what do we do?" asked Arif Khan, a college student.

The 43rd ATM we visited was an Indicash ATM, where on a normal day, one can use any card for free withdrawals.

Inside, the machine stood garlanded, apparently a supplication to produce some cash. As we started shooting, someone barged in, realised we are journalists, and murmured, "Oh I thought you were loading cash," before rushing out again.

The final ATM we visited was the State Bank of India ATM at the Mirzapur railway station. The ATM was shut. It was our 53rd ATM of the day. Of these, only one was working.

Dec 15
MUMBAI: In a joint operation, Income Tax Department and Crime Branch of Vasai Police on Thursday recovered Rs 1.11 crore in both old and new notes from the vehicle belonging to a Shiv Sena corporator in Vasai Virar Municipal Corporation, police said.

Searches were carried out at Dhananjay Gawade's residence as well as office at Pragati Nagar in Nalla Sopara in neighbouring Palghar district around 8.30 am, they said.

During the operation, the cash was found kept inside the vehicle parked at Gawade's residence, they added. 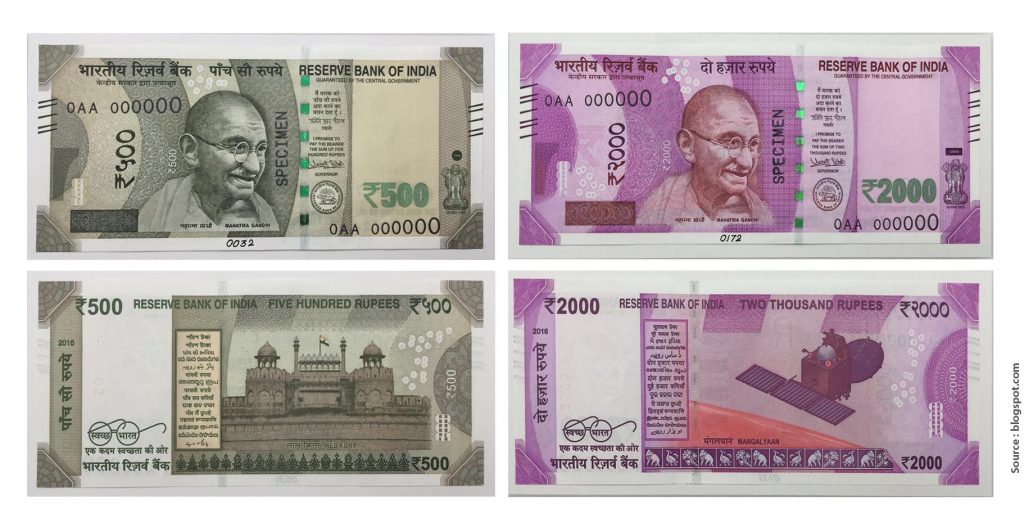 Gujarat: Angry cashless people attack banks
People furious over lack of cash in banks on Monday attacked bank branches in two districts of Gujarat, the authorities said. A mob locked up the State Bank of India and Dena Bank branches in Samadhiyala village in Amreli district in Saurashtra region after hundreds waiting in long queues were told the banks had no cash to give.

Most of the people were farmers, witnesses said. In Surendranagar district, mobs attacked some bank branches and damaged their doors and windows after they were found to have been kept closed for the third consecutive day since Saturday.

The bank authorities said there was no meaning of opening the branches as no cash had reached the branches on Monday. In Silvassa, capital of the union territory of Dadra and Nagar Haveli, the manager and some staff members of a nationalized bank were roughed up by people as the bank had no cash to distribute.

The police had to intervene to rescue the bank staff. The central government on November 8 demonetised the 500 and 1,000 rupee notes, saying the move was aimed at tackling corruption, black money and terror funding.

The move has led to an unprecedented cash crunch across the country.
http://indianexpress.com/article/india/gujarat-angry-cashless-people-att...